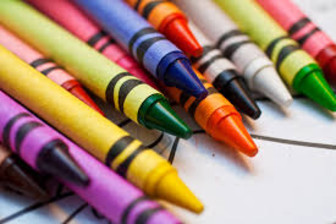 A New Zealand primary school is so low on cash it's setting up an endowment fund to make up for it.

Stuff.co.nz reports on the plight of Clifton Terrace School, which is in the suburb of Atawhai and is among the country's so-called "high decile" schools.

Principal Rob Wemyss says the school lost about $45,000 in government funding this year because it couldn't opt into the government's donation scheme, which provides about $150 per student per year.

"It was unfair to keep asking parents in some schools to put their hands in their pockets."

The school, which has around 300 students, received about $8,000 in donations from parents this year.

The endowment fund will be managed by the Top of the South Community Foundation, and money donated or raised by the school will go into the fund each year. Read the Entire Article

The University of South Florida is making the arts more accessible to students in one of the country's most under-served areas. The school's College of the Arts is currently piloting a program...more

STEAM Students Team Up With MIT For Unique Collaboration

For the first time in its history, the Massachusetts Institute of Technology is teaming up with an international school in Chicago. The British International School Chicago, Lincoln Park...more

"The world is now on your palm, go and practice and become a master in the art," says Funmilade Akingbagbohu, chairman of the Nigerian Institution of Mechanical Engineers. Akingbagbohu was...more

How We Built A Whole-child, Wraparound Approach To Special Education

A special-ed teacher in upstate New York is being hailed as a national leader in her field after she wrote a blog post describing her approach to teaching students with learning disabilities, the...more

Start Your Preschooler Off Right At Young Innovators Academy

"From climate change to technological advances to precision gene therapy, this world is changing so fast that it's hard to process. You want your kids to have as much of an advantage as possible...more

When Cintia Elenstar moved to Florida from Argentina in 2012, she didn't think she'd end up in the top job at UnidosNow, a Sarasota nonprofit that helps Latino students get into college. But...more

AI, Do My Homework! How ChatGPT Pitted Teachers Against Tech

"There's so much hype going around" about ChatGPT, "is this and that written by ChatGPT? We as humans deserve to know!" So tweeted Edward Tian a few weeks ago after he created an app that could tell...more

"We look forward to using it through all of our classes to help expose our students to upper-level equipment that they should see in college," says science teacher Elizabeth Collier of a $20,000...more

"In Nigeria, more than 50% of school-age children below the age of 10 do not have basic reading and writing skills." So says Gideon Olanrewaju, a former Theirworld Global Youth Ambassador who in...more

The Veterans Green Bus is is launched by Gordon Soderberg, a U.S. Navy veteran with over 30 years of disaster response experience.