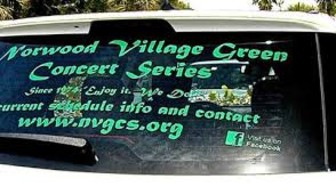 "Charlie has produced records for others, been in avant-garde bands of his own for 50 years, and has been at the helm of the PAC for the last several years, always gracious, uncomplaining, and out of the limelight," says Island musician Jeremy Berlin, who nominated Charlie Esposito.

Esposito, a producer, production manager, and technical educator, came to the island in the 1960s as a musician with Timothy Maxwell and Duane Spencer, then known as TCD.

They played acoustic music with vocal harmonies at places like the Wintertide Coffeehouse and the Katharine Cornell Theatre, says the foundation's director, Emily Bramhall.

Later, they rocked out for the Oak Bluffs dive bar, won new fans, and began playing as TCD.

Esposito also became involved in music engineering and production, setting up a studio at the Educomp building in Vineyard Haven where he recorded albums for Johnny Hoy and the Bluefish, Entrain, and Die der Drum, among other groups. Read the Entire Article